The rules dictate that players must do pitches in underhanded motion. The question as to why this role has come to be has surfaced repeatedly throughout the history of the game. Most of the time, this questioning is met with silence and confusion from players who have been playing for many years.

The reason for pitching underhanded versus overhand is complicated, with several factors influencing its adoption and continued usage. In this article, we’ll explain why softball pitchers throw underhanded.

The exact reasoning for this rule is unknown, but most experts agree that the following are reasonable justifications for this rule:

The Problems of Overhead Pitches#

There are several problems with pitching overhanded. The main is that statistics show that baseball players have a high rate of the elbow, shoulder, and abdominal injuries, all of which have been linked to frequent overhead motions.

Another issue is that overhead throws are also harder to master; a pitcher who wants to be effective with an overhand throw needs a special training regiment to master his throwing mechanics. The approach to pitching overhand can be complex for younger pitchers, especially those with less-than-perfect mechanics.

In the game’s early days, overhead pitches were not allowed, and the players had to throw the ball underhand.

It was only in 1884 that overhead pitches were introduced to the game. Subsequently, strike-out rates have begun to rise, and they have been growing ever since. At the professional level, pitchers now have nearly complete control over their delivery.

Nowadays, there is no rule dictating the pitching style in baseball, but it is rare to see players choosing anything but an overhand pitch. There are multiple explanations for why overhead is preferred. 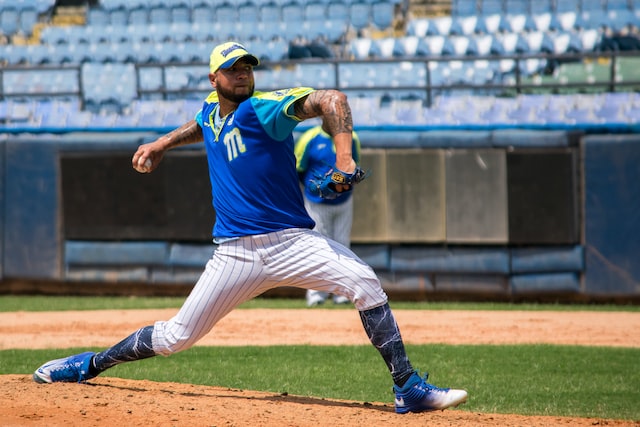 Overhanded pitchers strike out batters at a higher rate, as demonstrated by the increase in the strike-outs rate since the introduction of overhead pitches in 1884.

In general, this primarily applies to the higher levels of the game. This is due to greater experience and more advanced mechanics. In the lower levels, the players’ pitching style is unlikely to impact the strike-out rate significantly. This is due to the lower skill of both the pitcher and the batter.

Almost all pitchers start by throwing overhead. Players don’t tend to switch their pitching style as they believe that it can negatively affect their performance. Instead, they may experiment more with their grip, release point, or spin rate to find what works best for them.