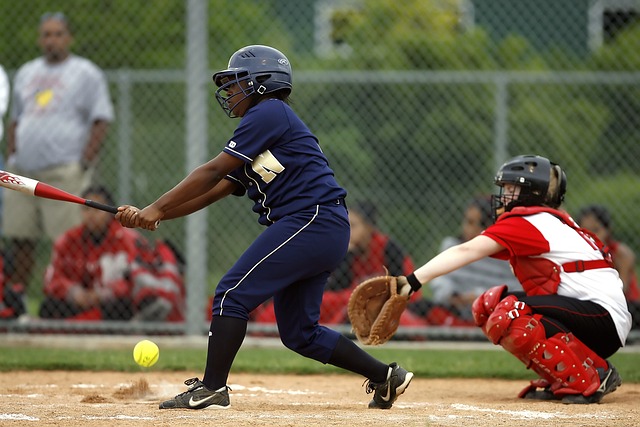 They used to be banned for a while, but as long as it has the ASA stamp, it’s good to go.

That said, it never hurts to check the latest list of unapproved bats.

So, does it matter if you use a fastpitch bat for slow-pitch softball?

Should I use a fastpitch bat for slow-pitch softball?#

Generally, it’s not recommended to use a fastpitch bat in slow-pitch softball. Fastpitch bats are lighter and might sound like a good idea for someone who can’t handle the extra weight - but you have to understand that specific bats are designed for specific leagues for a reason.

It’s mainly about performance. Fastpitch bats in slow-pitch softball don’t necessarily give you any advantage, even with their lighter weight. In some cases, they might even become a problem.

Fastpitch bats can’t get the exact ball velocity, and good fielders will quickly move up because you’re generating a comparatively smaller force than they are used to fielding.

But if you cannot swing a conventional 34/26 bat in a slow-pitch game, there’s no issue in using a fast-pitch bat.

If you want to play with a slower pitch ball than usual, then you should get an extra-large or extra-long bat. This will give you more control over the ball and help you hit it harder and further away from your opponent’s base.

A fastpitch bat is an extra-large bat that’s designed for baseball but can also be used for slow-pitch softball. These bats come in two main varieties: regular and extra-large.

The difference between these two types of fastpitch bats is how long they are or how far from the end of the handle to where the weight is placed (the knob). The regular version has a longer handle than the extra-large version, meaning it takes longer to swing it around your body and hit ground balls.

What bat is ideal for slow-pitch softball?#

The ideal bat for a slow-pitch softball game is one that:

More than strength, it’s the momentum you’re looking for when hitting a ball with a bat. The ideal bat will give you good momentum - but it can be a while before you find the right one!

It might bring your performance down in many cases - while, on the other hand, it might be your only option if swinging a heavier bat feels tough. In this regard, softball’s bat rules are close to baseball’s.

However, some rules are different between softball and baseball. For example, you can only use a wooden (not aluminum) bat in slow-pitch softball.

Rules might also change from tournament to tournament - so be sure to do your research before you go head-on with your favorite fastpitch bat!